Predatory fish, known for their aggressive nature, attack their prey instantly, in order to satisfy their feeding needs. Over the years, Tsvetomir Georgiev was looking to create a lure that fully corresponds to their natural instinct.

The Realwobbler fishing lures are as similar as possible in appearance to the natural food of predatory fish. For their elaboration real fish skin from different fish species is used, so that these lures satisfy the desires of many predatory fish in fresh and salt water. Some of the models are made with real fish eyes and their fins. Others are hand painted with a brush, again, to look as similar as possible to the realistic appearance of real bait fish. Each lure is a unique masterpiece and cannot be repeated. Thus, the Realwobbler lures are of interest to all art lovers, but above all, to every single experienced fisherman. 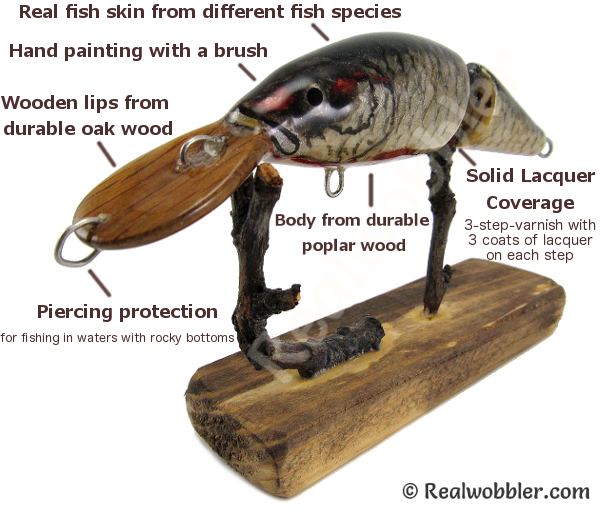 One of the specific features of these hard baits is their lightness, which leads to real vibrations and realistic swimming action that are both very similar to those of real fish.

In addition these lures are remarkably resistant to fish's strikes, bites from fish with teeth as well as friction with the hooks. In the video "Amazing Durability Test of the Realwobbler Fishing Lures" published on the Realwobbler website, there is a demonstration of the durability of the wooden lips, where a robust plank is broken into parts with them. Additionally, the lacquer coverage is damaged with coarse sandpaper, but after polishing it, there still remains a thick lacquer coat.

Another innovation from Realwobbler - a piercing attached on the wooden lips - helps to protect the lips' lacquer coverage from damage when fishing in waters with rocky bottoms.

To achieve these ultra-high quality lures, more than 17 years of experience and persistence were necessary.

The creator of these lures Tsvetomir Georgiev has been a passionate fisherman since he was a child. He began fishing with live fishing baits. However, he often had the problem of fish eating the bait and swimming away, which caused him a lot of headaches.

But everything changed in 1996, when his father brought him a valuable gift from abroad: a hard bait lure. It was the first time Tsvetomir had ever seen such a lure. He was fascinated with it and wanted to have more of the same kind, but in those times, there weren't any to buy in the stores in his hometown in Bulgaria.

The only way for him to get more of these lures was to make them himself. He first had some rather unsuccessful attempts. Eventually though, he made the first one that really worked. Tsvetomir was very happy seeing the bait floating in the river. All of a sudden, there was another pleasant surprise - a 3 kilogram pike bit on his lure.

Since then, Tsvetomir has been creating hard bait lures for his own use and has been constantly analyzing and improving them over time. On Img. 2 you can see some of his first inventions. 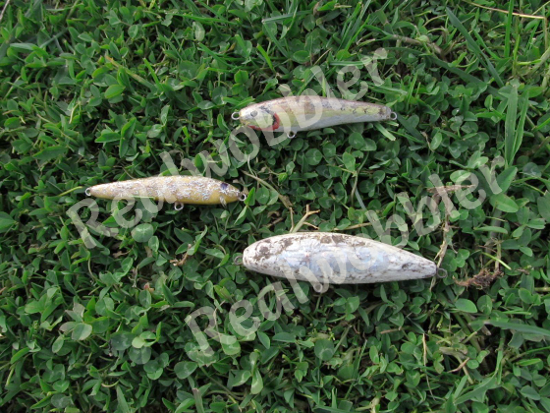 However, the idea to create hard bait lures with real fish skin only occurred to him recently in 2013, while watching a documentary film about fish taxidermy. The idea of using this technique and applying it to the creation of fishing lures was  thus conceived.

Shortly thereafter, the Realwobbler online boutique was launched. It offers a variety of unique fishing lures with different types of real fish skin.

Tsvetomir has managed to breathe life into each of his lures in the way that when you hold one in your hands, you’ll have the feeling that it is going to swim away any moment; and when brought into action, there is hardly a predatory fish in existence that can resist attacking it.